This car seat is designed for 10 years use and will probably be the only car seat you’ll need to buy.

Its versatile design means it can accommodate children of different shapes and sizes, other convertible car seats don’t usually cover the whole lifecycle of children in car seats.

If you are looking for just one car seat that can ride with your baby from birth through elementary school graduation, then the Diono Radian 3RXT Latch All-in-One car seat is for you!

The Diono Radian 3RXT Latch All-in-One is a highly versatile car seat that could be the only seat you’ll ever need.

Also check out reviews for the Britax Advocate ClickTight, the Safety 1st Grow and Go 3-in-1, and the Britax Marathon ClickTight . 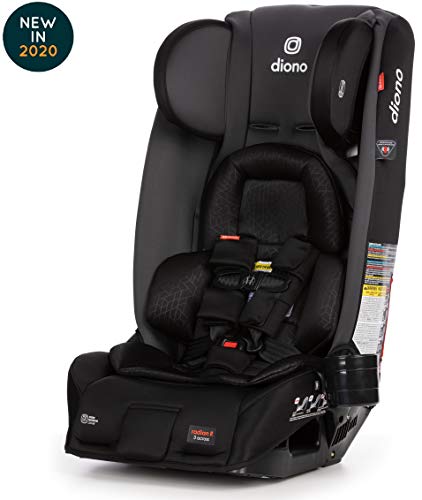 The Diono Radian 3RXT Latch All-in-One is NCAP crash tested, the industry benchmark for verifying child seat performance in severe accident conditions, and the only car seat rated for LATCH use with a child up to 80 lbs.

One cup holder is included, with the option to add up to 4 cup holders. In addition to all this versatility, it folds flat for travel and storage, has a 10-year life and offers amazing safety, comfort and convenience your child won’t outgrow.

Rated for 10 years of life

Infant car seats don’t even support children up to that limit. 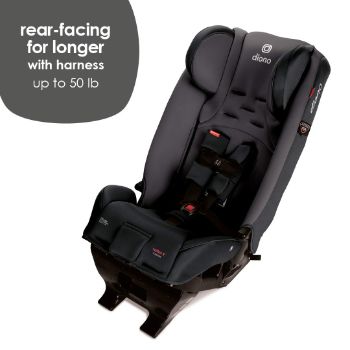 The Diono Radian 3RXT Latch All-in-One convertible car seat is designed to last for a minimum of 10 years.

This is the only car seat you would need to buy as it supports newborns all the way up to they can start using an adult seatbelt with no additional support.

The Graco SlimFit All-In-One Car Seat does also offer long term usage but falls short as it can’t be used in a rear facing position for more than 100lbs.

When you decide you want to put your child in a forward facing position, you can do so from when they’re 20 pounds right up to they are 80 pounds.

The seat can still be installed using LATCH in this position and the 5-point harness seatbelt can still be used to support the 80 pound limit.

The final transformation is the booster seat which can be used from 50 – 120 pounds, though it is recommended your child uses the 5-point harness for as long as the seat will allow.

In booster mode the 5-point harness is no longer used and your child would use an adult seat belt.

The NCAP crash test basically requires the car seat to withstand twice the force of a standard crash test.

This car seat has been NCAP crash tested, it’s been able to reach this high level of safety due to the components of its structure which includes the tough steel frame and aluminium sides.

Having the option of using tether in a rear facing position is a worthy safety feature, this basically prevents the car seat from rotating forward in the event of a crash.

An anti-rebound bar also does the same function but a tether is probably more secure has it’s hooked onto the seat trap of the front seat which is bolted to the car frame.

Some convertible car seats provide inadequate support for small babies, they may provide just a headrest but no side cushions.

The good news is the Diono Radian 3RXT does provide a full body insert that hold small babies in safely and securely.

There’s also a storage compartment for the support cushions which is located underneath the car seat.

If you ever need to store the car seat in the trunk or stored away then this car seat can conveniently fold flat not taking up more space than necessary.

Though it is quite a heavy car seat weighing 26.2 pounds, you may not need to take it out the car often but if you do it can be carried on your back which will take the strain from carrying it with your arms, the straps are sold separately however.

There are a few additional products which can be purchased to get the most out of your car seat, the products are:

The Diono Radian 3RXT Latch All-in-One car seat has received an almost perfect ratings from well over 100s of online users at amazon.com, diapers.com and toysrus.com.

The Diono Radian 3RXT Latch All-in-One car seat is the only car seat you will ever need, and for this reason alone it is well worth its hefty price tag.

In fact, since this is the only car seat you will ever need to purchase, really you should view it as a very economical purchase!

But, this isn’t the only reason users are rating this car seat with near perfect scores. 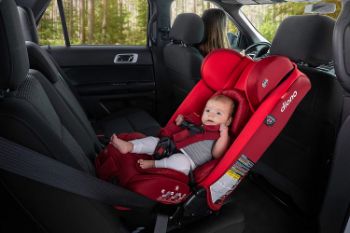 While users appreciate the long life they get from this car seat thanks to its higher than normal height and weight limits both rear and forward facing (5-50 lbs rear facing, 22-65 lbs forward facing using a 5-point harness and up to 120 lbs as a belt positioning booster seat) they also love how narrow the seat is without sacrificing space or comfort for their child.

For most cars, users say they can fit up to three Diono Radian 3RXT Latch All-in-One seats side by side (listen up parents of triplets!), yet the seat is still roomy, padded and comfortable for their child.

Many users are even former Brtiax owners who are now singing the praises of the Diono Radian.

And several users recommend that new parents forget about wasting money on an infant car seat and just purchase the Diono Radian 3RXT Latch All-in-One from the get go.

Babies are super happy in the seat and the Radian comes with a fantastic removable infant insert that keeps your baby as snug as in a top of the line infant car seat.

The car seat fabric is easy to wipe clean and can also be removed for machine washing, and the cup holder on the seat is actually a convenient feature, unlike the useless ones that come with many other car seats.

The seat has an aluminum frame that makes the seat heavy but is part of its high safety quality and the seat also has adjustable side head wings and energy-absorbing foam.

Users also love this seat for airplane travel and the Radian 3RXT Latch All-in-One is FAA approved for air travel.  It can also be folded up flat and carried on your back with included backpack straps.

No need to purchase a separate car seat carrier to make it through the airport.

The main complaint for the Diono Radian 3RXT Latch All-in-One car seat is that it is mission impossible to install rear facing if using a seatbelt installation.

However, with that said, those who have used the latch installation or who have installed this car seat forward facing using a seatbelt installation have not had any difficulties.

Another issue some users have with this seat is that it is very tall, which can be problematic when installing it rear facing in a compact car.

However, Diono provides an angle adjust mechanism that helps to install the seat rear facing so it does not cause the front seats of the car to move forward.

But, this angle adjuster is only recommended for rear facing installation with children who are over the age of one.

If you have a compact car then you may want to use an infant car seat with your infant for the first year and then switch to the Diono Radian 3RXT car seat.

A few users also say the 5-point harness belt can sometimes be difficult to tighten and every now and then you will have to reach behind the seat to fix the angle of the harness when tightening.

But, several of the users who do complain about this issue still rate the car seat with a excellent stars.

Don’t be immediately put off when it comes to the price of the Diono Radian 3RXT convertible car seat as it’s loaded with tons of useful features.

Firstly this car seat will last for 10 years from newborn so it is the only car seat you’ll need to buy, none of our other convertible car seats lasts this long!

Your older child then perhaps can move onto a forward-facing car seat which can also be passed down to your younger child.

One very important factor that this car seat accommodates children in a rear facing position up to 50 pounds.

It is recommended as a safety measure by the AAP that children should remain in a rear facing seat until the age of 2.

None of the top infant car seats have a weight limit greater than 40 pounds and for a convertible car seat to allow up to 50 pounds it’s definitely making a statement.

There are several extras which can be used with the Diono Radian 3RXT but unfortunately it doesn’t come included, and some may be necessary for you.

These are not expensive products but it’s just another cost you have to take into account if you’re thinking about buying this car seat.

Overall, the Diono Radian 3RXT Latch All-in-One car seat is a great investment and is a car seat option worth serious consideration for those looking to buy only one car seat for their child that will last from birth through elementary school.

Users are very pleased with their Diono purchase and would definitely recommend this seat to other parents.  Worth a buy! 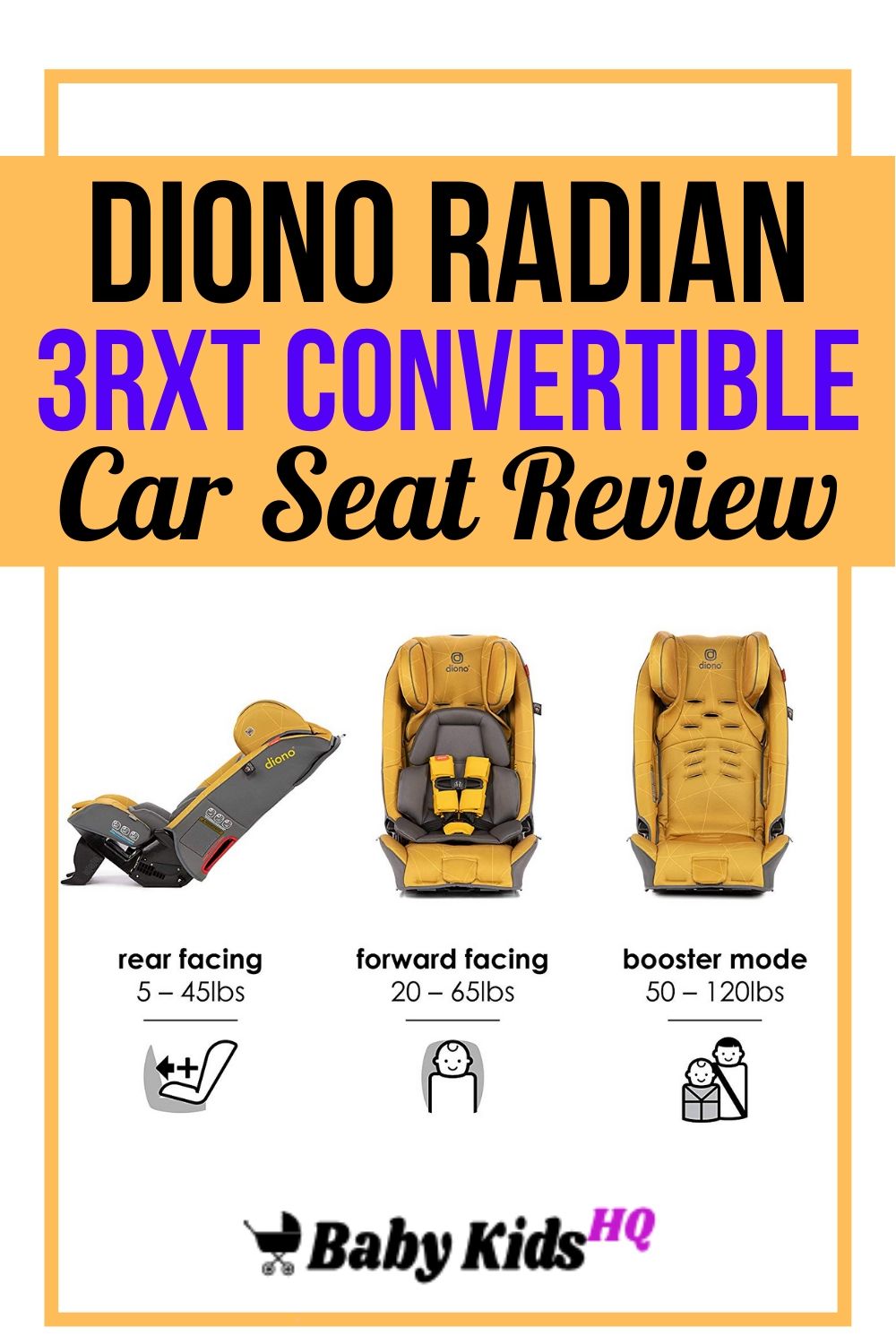 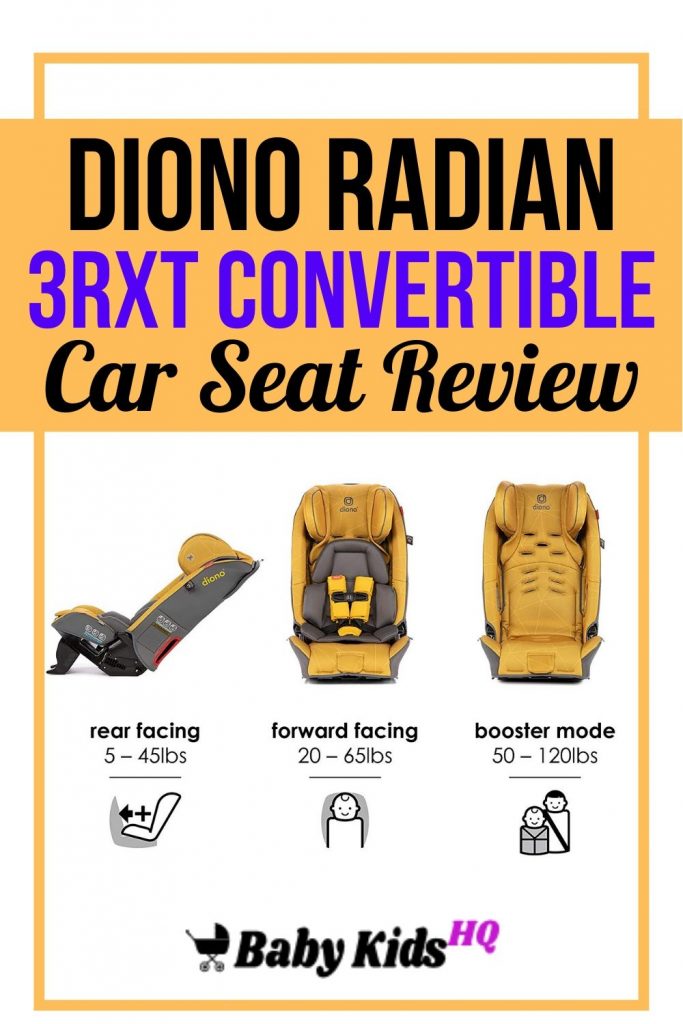 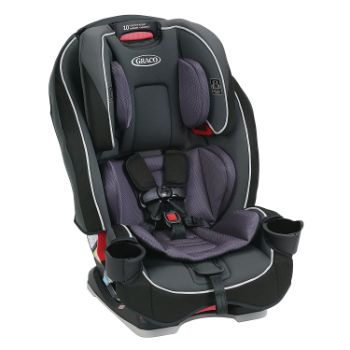 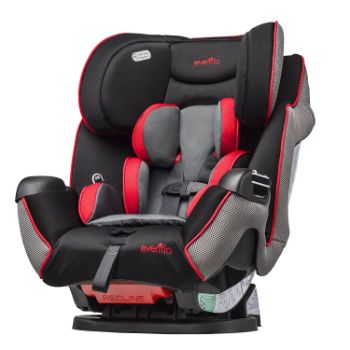 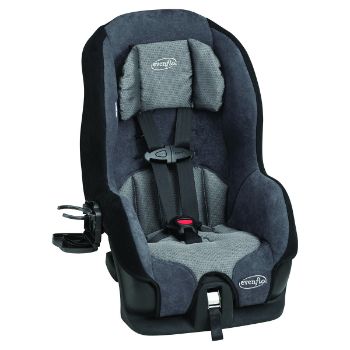