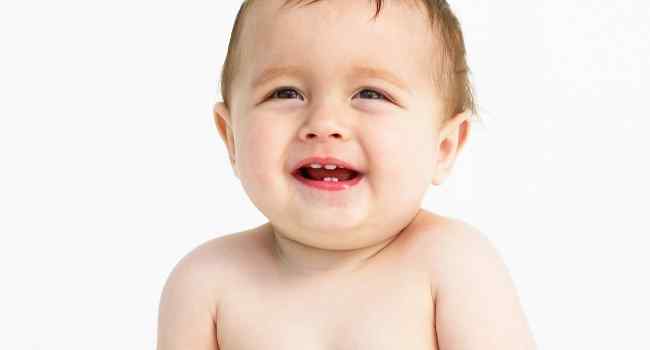 That major rite of passage is almost here if it hasn’t happened already — sometime this month your baby may take his first steps alone. (If he doesn’t, don’t worry — it takes some babies several more weeks or months to become a toddler.)

If he’s like most children, your baby will take those early strides on tiptoe with his feet turned outward; keep the camera ready! He may also begin feeding himself with a spoon this month, though his aim won’t be the best.

Around now your baby’s play will probably start shifting from mastering his fine motor skills (he’s got that thumb-and-forefinger grasp down pat) to exercising larger muscles.

Some children this age have an attention span of two to five minutes for quiet activities — though your baby’s favorite games may not be all that quiet.

Your baby probably thinks it’s fun to push, throw, and knock everything down.

He’ll give you a toy as well as take one, and he likes games where he can put things in containers and dump them out again.

This works well with blocks in buckets or boxes and with pots and pans, which he can nest inside one another.

He’ll thrill to the loud sounds of those pots and pans banging together, too.

Naptime is one of the small luxuries of caring for a baby, especially if you use the downtime to rest and recharge yourself.

But as your baby approaches his first birthday, he may begin to resist taking naps. Not only that — his growing independence may lead him to make a fuss at bedtime, too.

Following a well-established nighttime routine, which might include a bath or a bedtime story, for example, may help settle him to sleep.

It’s a good idea to consistently “sequence” your baby toward slumber: Feed him, bath him, put him in his pajamas, play a game, read him a book, sing songs or play some music, then put him down.

Most sleep experts suggest that you always put your baby to bed while he’s still awake.

This will help him learn to fall asleep on his own, a skill that will come in handy for you both when he wakes in the wee hours.

Whatever you do, make bedtime a routine, one that gives you and your baby plenty of time to connect and wind down.

You may elect to alternate activities with your spouse (you do the bath, he reads the story, and so on) each night. Or, to give both of you a break several times a week, try switching off lights when you’re responsible for putting the baby to bed.

Your child has probably been wrestling with bouts of separation anxiety during the last several months.

This is natural: He loves and depends on you, so he’s distressed when you leave. To ease departures, ask your sitter to arrive early so your baby has time to adjust.

Be matter-of-fact when you leave, and don’t prolong the agony with extended good-byes; make it quick, with just one goodnight kiss. Your baby’s tears will subside soon after you’re out of sight.

You can help your child feel more independent by not hovering over him all the time.

Of course, he still needs to know you’re around and dependable.

So if he toddles to another room, wait a couple of minutes before following. If you go to another area of the house, call him when you’re in the next room — but don’t come running every time he squawks.

Though at this point his vocabulary probably consists of only a couple of words besides “mama” and “dada,” your one-year-olds can probably babble short, fully inflected sentences that sound like he’s speaking a foreign language.

By now, your baby may also be able to respond to simple questions and commands, especially if you give him some clues with hand gestures.

For example, ask “Where’s your mouth?” and point to it. Or try “Hand me the cup” and point to the object. Your baby may even answer you in his way, using his gestures, such as shaking his head for “no.”

Because he’s receptive now, it’s a good time to begin to teach him manners and how to help out.

Emphasize “please” and “thank you,” and make toy cleanup time fun by turning it into a game. Though he probably won’t get the idea just yet, it’s not too early to start.

It’s up to you to help your baby make connections between objects and their names — the more you do, the faster your child’s vocabulary will grow.

Keep talking to your baby and labeling things.

Count stair steps as you climb them, and point out the names and colors of the fruits and vegetables at the grocery store.

Read your baby a picture book and ask him to point to or name familiar objects.

Solicit his opinion once in a while: Ask him if he’d like to wear the red or the blue socks, or if he’d like to play with his blocks or his stacking rings. He may not answer, but then again, he may surprise you.

Remember, each baby is unique and meets physical milestones at his own pace. These skills are simply a guide to what your baby has the potential to accomplish — if not right now, then shortly.

If your baby was born prematurely, you’ll probably find that it will be a little while before he can do the same things as other children his age. Don’t worry. Most doctors assess a preterm child’s development from the time he should have been born and evaluate his skills accordingly.